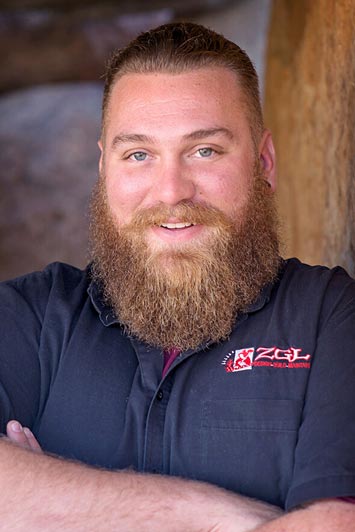 Christian is a Colorado native, spending much of his time in the Denver metro area and moved to Fort Collins to pursue a degree from CSU. Christian’s love for the green industry started at a young age when he would help his Grandpa run his farm in Western Kansas. His knowledge and passion for the green industry continued to grow and after high school, he began working as a maintenance technician. Christian finished his Bachelor’s Degree in Horticulture Science from CSU in 2015 and was ready to hit the ground running. Christian joined the ZGL team in the Spring of 2018 as a Project Manager and loves to share his knowledge and experiences with our Foreman. Don’t be surprised if you see him in your yard with a shovel in hand!

In Christian’s free time he likes to escape to the mountains and enjoy what Colorado has to offer. He also loves cooking for his family and trying out new recipes, with his attempts he’s only caught his grill on fire twice! Christian also grew up working on cars with his father and often took their 55 Chevy out for cruises.

LIKES: Hiking, off-roading, camping, anything in the outdoors, and cooking

DISLIKES: Mushrooms, tomatoes, and avocados (they are the devil’s food!)