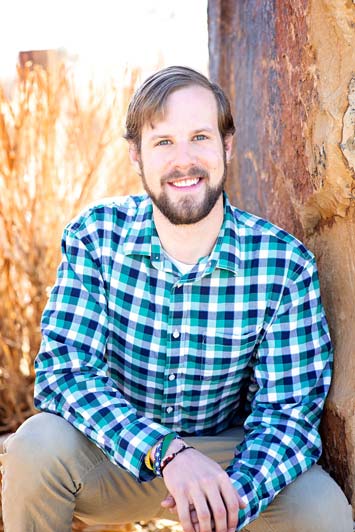 David was born and raised in a small town north of Milwaukee, Wisconsin. Growing up, David participated in a wide array of sports including racing on his high school’s ski team. Due to his love of the mountains, he moved to Colorado in 2014 and considers Fort Collins home. David graduated with honors from the University of Wisconsin – La Crosse after pursuing a degree in Psychology. Working as a counselor for adults with disabilities and later managing a branch for a large corporation led to David’s discovery of his passion for Human Resources. He considers open communication, empathy, respect, and integrity to be vital traits to succeed as the Human Resources Manager for Zak George Landscaping.

While studying in La Crosse, David met his beautiful fiance Ali who works as a successful dietician. David supports the Green Bay Packers while Ali is a diehard Vikings fan which can make for some tumultuous Sundays, however, at the end of the day they always put their differences aside. In their free time, you are sure to find them outside playing golf, sampling beverages at local breweries, or heading into the mountains for weekend ski trips. They also thoroughly enjoy being home-bodies and love hosting friends and family who come west to visit.

DISLIKES: Lack of empathy for others, black licorice, fish, the Chicago Bears, and wastefulness.