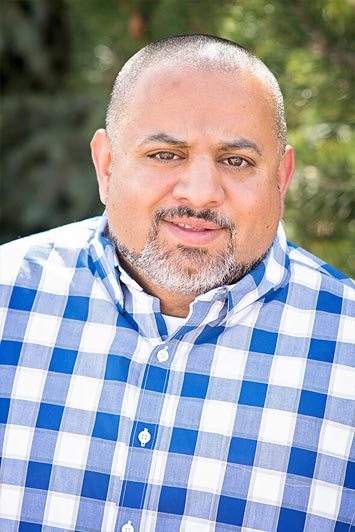 Freddy is a Colorado native born and raised in Fort Collins and has been in the green industry for 20 years! He joined the ZGL team as an account manager in 2016. Freddy brings the team positive energy and a set of leadership skills to go along with his “let’s do it” attitude. Freddy has also completed the Colorado Master Gardner course by CSU extension, and that has only added to his knowledge of outdoor living, outdoor lighting, Christmas lights, and water conservation. Freddy is always learning and teaching others and is still willing to do what it takes to get the job done. He loves to see people around him succeed in life, on the job, or even as simple as completing a project. When it comes to others, Freddy is always willing to help, lead, or teach.

Freddy and his wife of 15 years Natalie, are also foster care parents and have been fostering kids for the last four years. Freddy and his family are involved in their church and other community events. Some of Freddy’s other hobbies include; enjoying his family time, mentoring his peers, playing softball, bowling, flag football, and attending local sporting events.

LIKES: To cook, BBQ, eat, hanging out in the mountains, skiing, hanging out with friends and family, going to the zoo and museums, being challenged, meeting new people, and traveling.

DISLIKES: Slow drivers, fish, selfish people, being late, being in a hurry, seeing people hurting, conflict, and when people don’t just do the job right the first time.