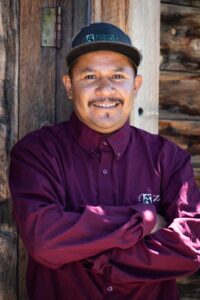 Jose was born and raised in Hidalgo Mexico, the 4th of a family of 6 children.  His childhood was happy despite the family’s struggle with poverty.  He was forced to drop out of school early but managed to obtain his G.E.D while working full-time jobs such as construction, flea markets  and as a sales representative.  Having been through life’s struggles from an early age, he seized the opportunity to leave his homeland and emigrate to the U.S. for a better future at the age of 20.  He was welcomed here by his brother Alejandro Candelaria.

He has built a new life with his handsome son Josh and enjoys his evenings at home and weekends at parks with him!  Jose has worked hard to become bilingual and has been employed in the landscaping industry for 16 years.  Ten of those years have been spent here at ZGL, where he has expanded his knowledge of landscape maintenance and become an integral member of the department.  He can be counted on to be at work every day regardless of being tired, sick or just suffering from that Monday, “I don’t want to get out of bed” feeling…and he comes to work with a great attitude and a passion to do better than yesterday!

LIKES: Playing soccer and pool, watching boxing and the Raiders games.  Going to the parks and pools with his son, and spending time in the mountains camping, fishing and hiking.  His favorite movies include Rambo, Star Wars, Indiana Jones and Forrest Gump. He’s a single parent,  family oriented…family first…and is not really into politics.  He loves to cook, especially fajitas, carne Asada and lasagna.  There’s nothing like enjoying a good beer (or two) on days off.